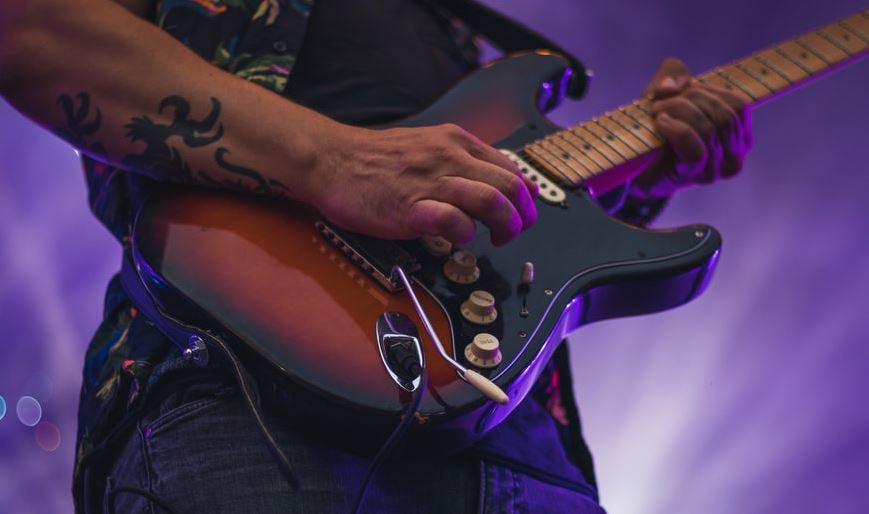 Did you know there are many different styles of picking techniques? The techniques help you in certain scenarios, depending what you want to play. the way you pick individual strings.

What’s The Difference Between Economy Picking & Alternative Picking? Economy picking helps you when changing strings as the direction your hand is always moving at the same motion of picking hand. Whilst it alternative picking always goes up, down, up, down.

1. What is Alternate Picking?

Alternate picking is not the only picking technique available, but it is a basic technique we all must learn.

Alternate picking is a guitar technique that involves continuously alternating between downward and upward strokes when picking. Good alternate picking requires that you do not deviate from a steady down-up or up-down motion of the picking hand.

Many beginner guitarists, as well as some intermediate musicians, have the unfortunate habit of just employing down-strokes to all their riffs and this can be limiting for speed. By alternating between up and down strokes you have twice the speed in comparison. However, speed is actually at a slight disadvantage when comparing it to economy picking. See below…

Advantages (as compared to economy picking):

Disadvantages (as compared to economy picking):

The main problem we face when comparing alternate picking is that if we pick in odd sequence then we employ outside picking.

Below we discuss how economy picking attempts to solve this problem…

2. What is Economy Picking?

Economy picking or what we also call ‘speed picking’ is an extention to alternate picking. The principle is that all your movements during the picking procress will be as economical as possible, whereby no movements are irrelevant.

It still involves alternating between up and down picking stokes. However, what makes it different is that if you change string on an odd sequence, you would sweep to the next string. With economy picking, it’s all about using one continuous pick motion to cross your guitar strings.

For economy picking, for example, if you start on a downstroke and play three notes on the A string, you should end your picking motions on a downstroke for the third note. So there’s only one sweeping movement towards one direction, either it’s a downstroke or an upstroke.

Advantages (as compared to alternate picking):

Disadvantages (as compared to alternate picking):

unnecessary motions, switching among them and then wasting the motions and your time.

What is directional picking?

The basic idea of directional choosing is to take the quickest route to the next note you need to play. To understand this more we need to look in more detail about inside picking and outside picking.

‘Inside picking’ is literally describing its function through its name. you pick the same direction in which you are travelling. For example if you are moving down from Low E to high E then when you change string all the picking needs to be downwards.

outside picking is when you pick the outside of the string apposed to the motion you are travelling.

Outside picking is a guitar picking technique in which the lower of the two strings is picked with downstrokes and the higher string is picked with upstrokes (lower refers to “closer to the floor” rather than lower in pitch; the B string is lower than the G string on a standard-tuned guitar in this regard). After the note is plucked, the pick ends up “outside” the space between the picked strings, thus the name of the method. For example, if you use downstrokes on the G string and upstrokes on the D string while playing the D and G strings on a guitar, the pick will end up “outside” the D and G strings.

To sum up, when running through scales the BEST approach is always inside picking.

The basic premise of tight alternate picking is to always alternate your pick strokes… Even if it compels your hand to perform greater and inefficient motions as a result when running the scale in odd sequence. To acquire the same level of guitar speed, you must work considerably work harder (and practice much longer) when learning how to change between strings in an odd sequence.

When you play an even number of notes per string, you will always follow inside picking mechanism.

During the sweep picking to change between the strings, as the usual practice, you will move your fretting hand towards only one direction, for example, if it’s a downstroke then it will be continuing down that direction. So with the directional picking technique, it will be the same as the very first sweep picking step, but you need to repeat that motion non-stopping, with a new downstroke every time.

Now after a few times practicing on how to perform this motion correctly and in the most comfortable way. You will then try to repeat that same motion of the guitar pick resting on every single string during the process of sweep picking.

6. When to use Outside Picking

I tend to use outside picking when i riff more death metal type riffs as this creates high attack between hitting the single notes between riff on the low E string.

Although not all guitarists are as preoccupied with speed as others, the vast majority of guitarists will use it at least some of the time. Control is important regardless of how fast or slow you play.

Regardless of genre, alternate picking is vital even with its flaws. However, economy picking can be utilised to make life easier. But in the end, both techniques are important as they both support you in different ways.